WHY DID COURT REFUSE TO UNSEAL REZA ZARRAB DOCUMENTS ? 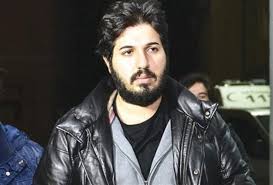 The District Judge in the Reza Zarrab case has entered an order denying the requests of reporters from the New York Times and the Hurriyet, a Turkish daily newspaper, to see sealed or redacted documents from the court file. There are no other listed defendants with pending cases in this file, and it is possible that the resolution of Zarrab's case is sealed; he is a known Cooperating Individual, released from custody and apparently living in New York without any law enforcement supervision. Rumors of his possible relationship with American law enforcement or intelligence agencies abound, but many of the pleading are filed under seal, making inquiries impossible.

The Court's order, which denied access to sealed proceedings, included specific findings, entered on the docket under seal. This means even the Court's reasons for denying the journalists access was sealed. Reza Zarrab is known to have been interviewed by the Office of Special Counsel a number of times. Is that why documents in what is essentially a closed case cannot be made available to the press ?
Posted by Kenneth Rijock at Tuesday, April 16, 2019