Hugo Carvajal Barrios, a former Major General in the Venezuelan Army, and head of its powerful G-2 Branch, Military Intelligence, was arrested in Spain this week, and faces extradition to face major narcotics charges pending against him in the United States. Carvajal, a former Deputy in Venezuela's National Assembly. was sanctioned by OFAC in 2008, for his support of the FARC, the designated Colombian terrorist organization, involving the transport and protection of drug shipments, and supplying it with arms and Venezuelan identity documents. 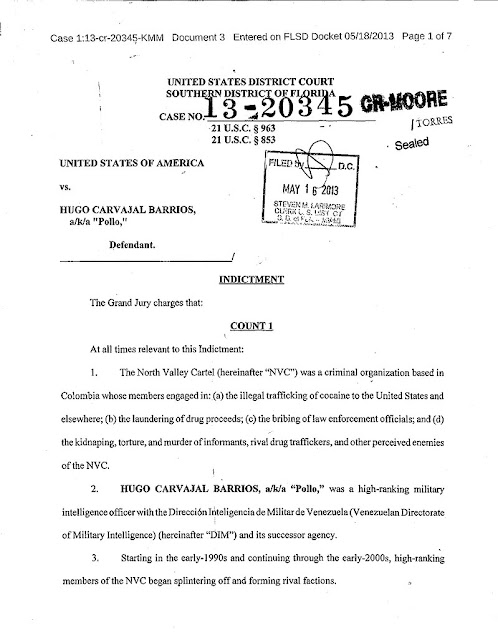 Carvajal's intimate knowledge of Venezuela's close working relationship with a number of other sanctioned terrorist organizations, including Hezbollah and Al-Qaeda, could give counter-terrorist investigators important information about the ongoing operations of terrorist organizations in the Western Hemisphere, should he choose to cooperate with US law enforcement agencies upon arrival in America. 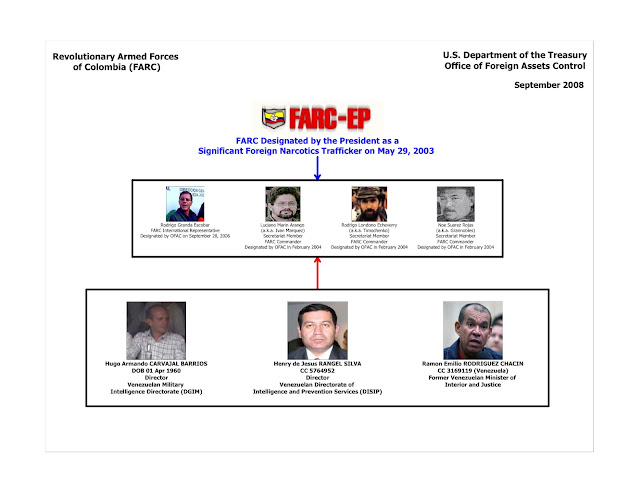