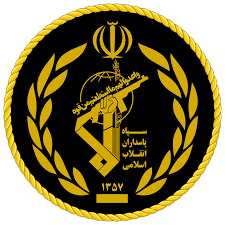 It appears that Iran is quite upset with the US sanction of the Islamic Revolutionary Guard Corps (IRGC). It has deployed Internet propagandists to allege that the sanctions reduce the chances that Iran will ever adopt "international standards on money laundering and  terrorist financing."

The article, which appeared on antiwar.com, claimed to be taken from a website cleverly called The American Conservative . The article claimed that "hardliners" would now insure that so-called reformers like Rouhani would not be able to pass bills designed to counter money laundering. In truth and in fact, there are NO reformers in Iran, just various shades of radical.

Of course, this propaganda leaves out the simple fact that the powers that rule Iran have absolutely no interest in abandoning their country's role as a State Sponsor of Terrorism. They believe that any effective AML/CFT program adopted by Iran favors the Western democracies, and is a threat to their regime.

Call this article a small part of Iran's Information Warfare; it is designed to cause discord and dissent over American sanctions on Iran. Since one cannot tell which articles are artful propaganda abut Iran and which are truthful news stories. Therefore, ignore ALL Internet information on Iran, unless you personally have vetted the source, lest you buy propaganda as truth.