REMITTANCES AND THE LAW OF UNINTENDED CONSEQUENCES 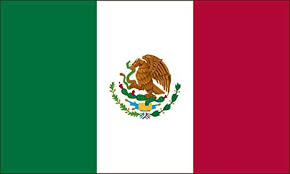 The Trump Administration has stated, on the record. that it intends to severely restrict the level of remittances, sent home by Mexican nationals living in the United States. Present estimates place that sum at over thirty million dollars a year. The theory, which is insane, is that Mexicans use that money to pay smugglers to move illegal immigrants into the United States. In truth and in fact, that money supports the families left behind; it is not used to bring more illegal immigrants into America.

If Mexicans working in the US cannot legally support their families at home, they will find an illegal method of transmitting money abroad. Does the United States really want a massive Hawallah, or alternative payment system, to be created by market forces, as we see in India ? Criminal elements could create such a system, control it, and use it to repatriate billions of dollars of drug profits each year. This wild plan is not only wrong in the inception, it could result in a huge illegal underground payments system ripe for criminal exploitation, especially for money laundering purposes. We hope that more rational voices in government kill this idea before it goes any further.
Posted by Kenneth Rijock at Thursday, April 11, 2019