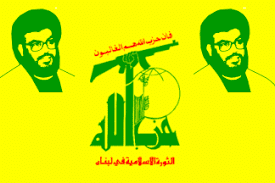 Gary Osen, one of the attorneys representing the victims of terrorism in a new Federal lawsuit filed against most of Beirut's leading banks, has indicated his clients' opposition to court filings made by a Lebanese lawyer who allegedly provides legal services to Hezbollah, and whom his attorney claims is an "American lawyer," though we can find no office address in the United States.

The individual, Achraf Safieddine, through counsel, filed a Motion to Intervene and a Motion to Strike, after the 610-page Complaint alleged that he was legal counsel to Hezbollah, named by OFAC as a Specially Designated Global Terrorist (SDGT) organization. His attorney denies his connection to Hezbollah. Safieddine, whose New York lawyers assert he is an "American attorney," is neither admitted to practice in California, where he reportedly owns several real estate properties, nor in the State of Florida, where he also has ties. Is that then a material misstatement of fact ?

Safieddine's website, where he advises that he specializes in offshore company formation and investments abroad, invites prospective clients to contact him regarding real estate acquisition. It is not known whether he is engaged in the purchase of real estate in the United States for clients, or is practicing law anywhere in America. His law degree was obtained in Lebanon; his Martindale-Hubbell law directory information only shows the Beirut address, and an Internet search reveals that his law office was previously located in Tyre, in Lebanon's south. That area has been under Hezbollah influence for several years. Is Safieddine  forming corporations for Hezbollah ? Perhaps the lawsuit will provide an answer. 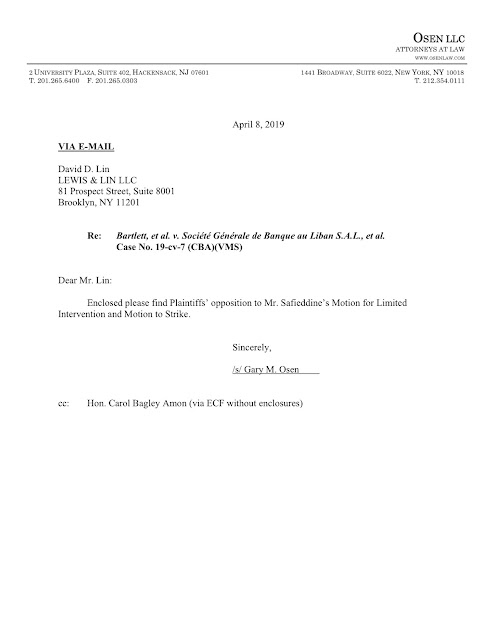