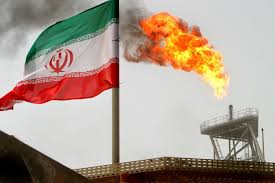 The United States has announced that it will not renew the six month Iran oil sanctions waivers it extended to six countries when they expire in May. Japan, South Korea & Turkey, which are among those countries granted waivers, have not agreed to cease purchasing oil from Iran. Those nations will therefore be at risk for US sanctions and penalties. The United States could seek to enforce to sanctions, though these countries are allies.

Compliance officers at financial institutions in North America and the EU may want to increase Country Risk for: Japan, South Korea & Turkey.