FACIAL RECOGNITION SOFTWARE FINDS THAT FACE IN THE CROWD 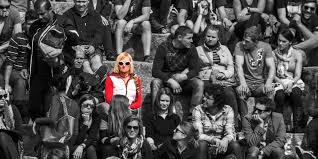 The smart use of facial recognition software (FRS) platforms, to identify targets in group photos, urban crowds, onlookers at emergency scenes, social or entertainment events, and any other assembly of individuals, enables both law enforcement on the criminal side, and compliance officers in the civil sphere, to locate not only the individual, but others who would not otherwise be connected to an investigation or due diligence inquiry.

Specific type of applications that come to mind:

(1) Law enforcement use FRS at urban crime scenes to seek out potential suspects, who will already be in databases their FRS system accesses, due to criminal histories. It also finds possible co-conspirators not previously known to the police, whose presence may be significant.

(2) Compliance officers at international banks performing enhanced due diligence inquiries often find their target in group pictures in university, social media group photographs, where he or she was not known to the investigator. They also encounter other individuals whose association with the target provides important additional information, and which may be negative, affecting a decision on the suitability of the target 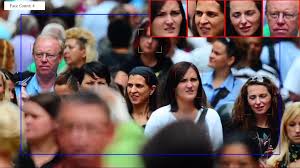 (3) Counter-terrorism investigators use FRS to mine urban crowd scenes, searching for known individuals on watch lists, especially during times of elevated risk. The mere presence of multiple known associates of sanctioned organizations can often signal potential terrorist acts may be in planning stages.

(4)  Fire department investigators can use FRS to scan crowds of onlookers at crime scenes, searching for known arsonists who have returned to the scene of the crime to observe their handiwork.

(5) Criminal investigators use FRS to search group crowd photos and CCTV footage, such as at funerals, parades and other types of assemblies, to identify individuals previously not known to be connected to organized crime.

(6) Official group photos, or social event pictures, taken of government employees in foreign countries, can unmask an individual not known to be a Politically Exposed Person, who is seeking to quietly place the proceeds of corruption in a bank in another country, posing as a private businessman. 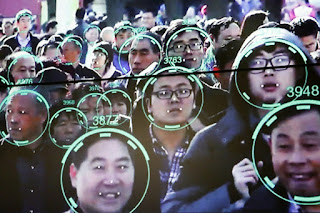 The use of facial recognition software systems, to identify faces in the crowd, returns results that were previously out of the reach of investigators, and are a valuable tool of inquiry, that gets significant results.
Posted by Kenneth Rijock at Tuesday, April 02, 2019