DID RICARDO MARTINELLI GIVE PANAMANIAN ORGANIZED CRIME FUNDS TO TRUMP IN 2012 ? 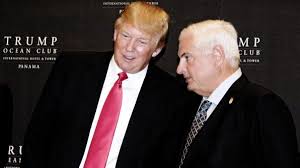 Several years ago, we wrote a number of articles about then President of Panama, Ricardo Martinelli's unusual overseas junkets to Asia. The titles of two of those articles are Panama's President Martinelli moves Cash into Azerbaijan, June 20, 2012, and Panamanian Whistleblower says Martinelli took Millions in Bribe Money to Azerbaijan,  November 19, 2014.

Panama's president had to take two business jets to carry all those 38 suitcases, containing an estimated USD$700m. His close association with his country's most powerful organized crime syndicate leads me to assume that at least some of the flight capital he had on board represented criminal proceeds, not only of his own dark activities, but of that organization as well. The funds were reportedly all deposited in local banks, with the able assistance of the Panamanian Minister of the Presidency, who was his direct assistant, and who is of Azeri extraction. 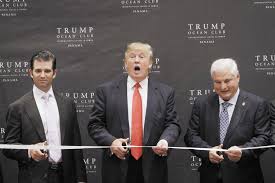 This information, coming out of media coverage of the long relationship between Donald Trump and a certain Azerbaijani-Russian Oligarch, should now be examined for evidence that any of the Martinelli deposits ended up in the hands of any of Trump's shell companies. Trump took a number of trips to Panama, to generate favorable publicity for the Trump Ocean Club project there, including that notable trip to the opening in 2011. Trump and Martinelli were seen together several times. 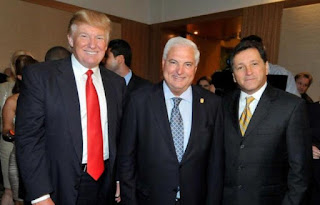 Did the Trump Organization receive any money left behind in Azerbaijan by Martinelli ? 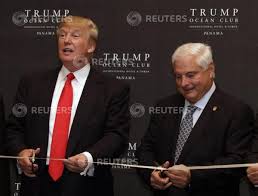