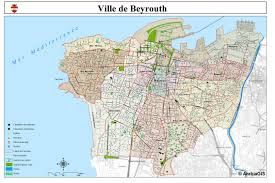 The law firms representing the victims of terrorism that are suing most of Lebanon's banks in US District Court in New York have filed a memorandum of law in opposition to attorney Achraf Safieddine's Limited Motion to Intervene. The attorney is seeking to have all allegations that he is associated with Hezbollah-controlled corporations removed from the Complaint.

The issues presented;
(1) The attorney fails to meet the legal standard necessary to intervene. He has no interest in the transactions, or the outcome.

(2)  He cannot prevail on his Motion to Intervene, under the case law interpreting the rules of procedure.

(3) If his motion was granted, it would result in a large amount of litigation, not relevant to the case at hand, to determine the attorney's extent of his relationship, if any, to Hezbollah and its money laundering operations.

The attorney wants to clear his name, and the plaintiffs want to test the sufficiency of their evidence in court.
Posted by Kenneth Rijock at Wednesday, April 24, 2019