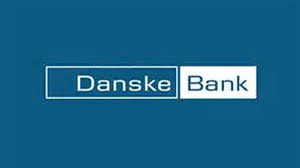 Local media in Denmark has noted that two of the world's largest accounting firms have been reported to law enforcement, for their alleged failure to report suspected money laundering activities in Danish, and other Scandinavian, financial institutions. the Danske Bank scandal, in which billions of suspicious transactions linked to Russia were reportedly laundered through the bank's dysfunctional Estonian branch appear to be one of the sources of the problem. Other issues involving Sweden's largest bank, Swedbank AB,  have raised similar questions. Additional questions are now being raised throughout Scandinavia, previously thought to be low risk for money laundering.

The two accounting and advisory firms allegedly involved are KPMG and EY (Ernst & Young) but other have been named. Accounting firms charged with auditing financial institutions have a duty to report suspicious activity to financial intelligence units, and this fdoes not appear to have occurred in a timely fashion, if at all. Many accounting firms derive a large portion of their revenue from bank audits and examinations, and reporting suspicious activities or AML/CFT deficiencies to government regulators can result in termination of employment. At other times, corruption interferes with proper discharge of reporting obligations.

Even more troubling is a pattern of repeated changing of accounting firms by a bank. This appears to have occurred, in a case where other firms, (not the two listed here) were retained and then abruptly discharged, only to be replaced by others, who were then, in turn, replaced. Did the fired firms indicate that they were intent on reporting AML deficiencies, and were then fired by bank management for that reason ? Whether bank management had a role in preventing reporting, due to the lucrative nature of transactions involving possible Russian organized crime activity, is certainly an issue that bear serious investigation.
Posted by Kenneth Rijock at Wednesday, April 17, 2019