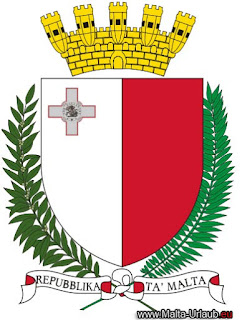 If Malta is the country presently sitting on the hot seat among all the Members of the European Union on a number of issues; corruption, the Panama Papers, its Citizenship by Investment program, its dodgy foreign-owned banks, and the unsolved murder of an investigative journalist, it just got worse. 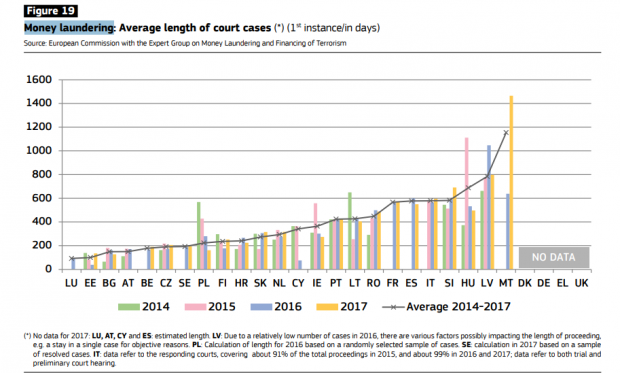 EU Statistics are out, and they show that Malta is dead last among Members, regarding the time it takes to finish money laundering cases. The graph shows that it takes more than 1400 days to complete such cases; that's almost four years. In that period of time, defendants can transfer their ill-gotten gains to jurisdictions where they will never be recovered, destroy documents and other  evidence, intimidate witnesses, relocate their immediate families, and launder millions more, while conveniently out on bond. What's wrong with this picture ?

Malta's reputation among the Members of the European Union continues to slip; this news about the sad fact that, to obtain a money laundering conviction in an active case takes 3.8 years on average, will further raise Country Risk on that jurisdiction, in the eyes of compliance officers, as well as any attorney who has ever taken a case to trial.