WHY DIDN'T THE HEDGE FUNDS FIGURE OUT THE PONZI SCHEME ? 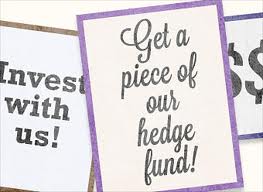 A reader enquired today about a certain hedge fund; my queries turned up the fact that it was one of three involved in a "claw back" settlement with the trustee in law firm bankruptcy in the Scott Rothstein Ponzi scheme scandal. This means that all three of those hedge funds had invested with Rothstein.

How could this happen ? Hedge funds are supposed to conduct effective due diligence/enhanced due diligence on their investments, and the individuals offering them, before plunging in. Who was doing the investigation ? At the very least, they should have traveled to Fort Lauderdale and Miami, pulled the relevant court files, and verified that the copies of the court settlements and judgments were authentic, actually existed as cases, and that the Rothstein firm represented the claimants.

Five minutes in the file room of the Broward County Circuit Court, or US District Courthouse, would have exposed the fraud. Why didn't the hedge funds check out the "assets" listed by Rothstein ? Was it because the rate of return was so tempting ? Even an online search would have revealed the bogus nature of the so-called settlements.You know what they say about something that is too good to be true.

Meanwhile, one wonders whether the compliance officers at those three hedge funds are still on the job.