ALWAYS PERFORM DUE DILIGENCE ON CORPORATE CLIENT'S OFFICERS AND STAFF 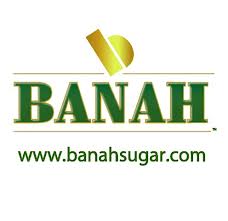 A recent bankruptcy filing* in Florida, Banah International Group, Inc., who produce Banah Sugar, illustrates the folly of failing to conduct due diligence check on corporate officers, especially when the company receives tax incentives, and other most favoured treatment from prominent politicians, including mayors, and US Congressmen. The Chapter XI filing, in which the company has sought protection from its 200-plus creditors, lists over $5m in debts, just from its twenty largest creditors, including a financial institution, which is owed $327,623.

Why is this bankruptcy filing so important ? The principal officer of Banah, which is also embroiled in at least nine civil suits, an IRS lien, and an eviction, is one Alexander I. Perez, who served four years for conspiracy to Possess Cocaine, with Intent to Distribute. That means that he was engaged in the purchase and sale of large amounts of drugs. Other staff members and employees reportedly also have narcotics convictions on their records, but apparently none of this was discovered*.
Some of the creditors have stated that they would not have done business with Banah, and extended credit, had they known that they were dealing with a company headed by a felon, only released from prison in 2007, but that they relied upon the fact that a governmental economic development entity (NGO) had approved Banah for over $400,000 in tax incentives.

What about the bank, that is owed over $300,000 ?  Perez' cocaine conviction probably did not show up in any of the commercial off-the-shelf high risk databases, as he was apparently convicted in Florida state, not Federal, court, but a simple check would have uncovered his dark past.

And the two local mayors, and two United States Congressmen, who vouched for him, and assisted him ? I do see that he was a strong supporter in some of their re-election campaigns. perhaps they hoped that he was rehabilitated. As one who believes in rehabilitation, I can understand that, to some extent, but there's a world of difference between white-collar crime and drug crime. The latter is generally a cutthroat business, undercut with violence, cheating, betrayal and theft from one's competitors. Most participants in narcotics trafficking are rough around the edges and untrustworthy.
I learnt that that hard way, whilst engaging in money laundering for such clients.

The lessons from the Banah case:

(1) Do not assume that others who are on board with your bank client have thoroughly checked him out. Do your own due diligence. That includes local government and political leadership.

(2) Unless individuals have a track record, of legitimate business activities conducted since their prior criminal history, over a period of years, they are too high risk to become your client, no matter how lucrative the new business they offer.

(3) Check out the officers and staff, not just the senior people at a company.

(4) Always review the civil litigation docket, both state and Federal, both before, and during your client relationship, lest you be surprised with a major loss.