The Rothstein firm bankruptcy case* continues to show us how utterly important it is for a bank to identify a possible Ponzi scheme early on, lest the subsequent damage claims by victims, and reputation damage, explode to the point where it is a danger to the bank.

The creditors of Rothstein, Rosenfeldt, Adler PA, the law firm that convicted Ponzi schemer and senior partner Scott Rothstein, employed to defraud his many victims, have taken another major step, to prevent Rothstein's principal bank, TD Bank, from entering into a global settlement which would bar any future litigation against the bank. They have moved** to convert the pending Chapter 11 Reorganisation into a Chapter 7 Liquidation, claiming that such action is in the best interests of creditors, and the estate.

The more than 55 corporate entities and individuals in the movant creditor group, who reportedly are owed more than $400m, out of filed claims totaling $470m, object to TD Bank entering into a settlement with the Trustee, whereby the bank's total exposure would be in the $55m-$72m range. The moving creditors allege that the bank's net worth is $49bn. They also note that the proposed settlement would curiously allow the bank to maintain its $132m claim, and would bar additional claims, thus discharging its liability to the fraud victims, including potential punitive damage awards.

A conversion to Chapter 7 Liquidation would end the Trustee's authority, and thereby kill the deal with TD Bank, potentially exposing it to extensive additional litigation, where, if previous court actions against the bank in this case are any indication, it would be extremely costly. One more time, the close examination of the fallout from a major bank client involved in a Ponzi scheme, that was not shown the door early on in the relationship, teaches us how dangerous it is to fail to detect fraud. Punitive damage awards can be extremely high, and the litigation could cause clients to lose faith in their bank, and close their accounts en masse. 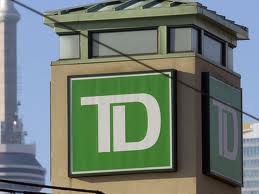