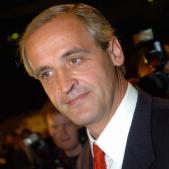 Florian Wilhelm Jurgen Homm, the fugitive hedge fund manager, on the run for years from a $200m securities fraud in California, was arrested in Italy, and will presumably be swiftly extradited to the United States, where he faces a very long prison term after conviction. When Homm was taken into custody, he had a Brazilian passport, and was using an alias. His travels throughout Central and South America were widely noted, including a substantial amount of time he spent in Venezuela, where he apparently was out of the reach of US law enforcement authorities.

Homm has been charged with:

It is alleged that, through his company, the Cayman Islands-based Absolute Capital Management Holdings Ltd., an advisor to at least nine hedge funds,  he engaged in "cross trading," pumping up the value of stocks through sales between entities he controlled. Investors reportedly lost $200m through his manipulation of share prices, and Homm and his associates allegedly took $53m in illegal profits.

I am sure that certain businessmen in the Republic of Panama are probably wondering whether they should quietly wind up their financial affairs, and prepare to move to a country that does not extradite to the United States, as Homm had dealings with a number of prominent individuals in Panama. Should he decide to render what is known as "Substantial Assistance" to the United States Department of Justice, to obtain a shorter sentence, his first-hand knowledge of the darker side of Panamanian finance, and politics, could result in the filing of criminal charges against a number of individuals at the highest level of finance.