WAS YOUR NEW COMPLIANCE HIRE IGNORING MONEY LAUNDERING, OR FACILITATING SANCTIONS EVASION AT HIS PRIOR EMPLOYMENT ? 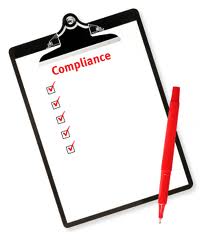 With all the controversy emerging from Congressional hearings regarding compliance failures at major banks, with American leaders asking why no senior staff have been, or will be, charged with money laundering, or sanctions evasion, we will certainly see more personal AML/CFT accountability in the future. Meanwhile, since it does not appear that anyone working at any of the major US banks cited for money laundering or sanctions violations will be indicted, you may want to ensure that your bank does not have a problem from a bad actor recently moved in next door to you; your new co-worker.

It is humbly suggested that any new compliance hire in your office, who came on board during the past two years, be vetted to minimise the risk that he did not participate in any programme, in his past employment, that might indicate intentional disregard of compliance best practises. Bluntly stated, was he ever working in a bank where there was widespread, institutionalised sanctions evasion, or willful blindness of money laundering activity ? We call this risk management.

Here's how to do it:

(1) Take his resume, and extract the names of the banks where he was previously employed, and the years that he was there.

(2) Run those particular banks on the relevant regulatory lists, to determine whether any of them had fines & penalties levied against them, during the period that the individual worked there.

(3) Carefully read the Cease & Desist orders, and determine what departments and divisions would have had a major role in the violations.

Was your co-worker involved, and to what degree ? Was he instrumental in intentional compliance malpractice ? 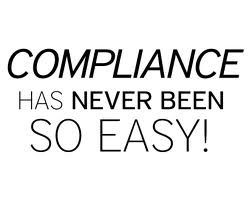 This may sound like a witch hunt, but it is better that you know in advance, rather than when a law enforcement agency interviews you two or three years later, long after he has left, about certain things he did at your bank. They may want to know why he failed to report suspicious activity, and whether you were somehow involved.

There are only a very small amount of dirty compliance officers out there, thank goodness, but you do not want to work beside any of them, lest you also get dragged into the mud.
Posted by Kenneth Rijock at Monday, March 25, 2013