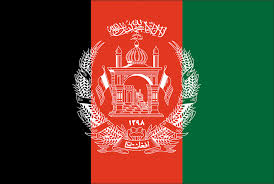 A number of untoward events recently in Afghanistan combine to increase the risks of doing business in that country, extending credit, expecting a fair shake from corrupt governmental agencies and the court system, and in general, raising the stakes with any financial exposure there.

(1) A senior US Senator, responding to anti-American statements by the country's leader, has threatened to "pull the plug," meaning not only to pull all American troops out, but also to renege on the promises of post-war rebuilding aid funds.

(2) The torrent of US Dollars exiting Afghanistan, for government leaders in Iran desperate for dollars, to use in international trade, evading UN sanctions.

(3) Taliban resurgence, apparently attacking at will, as the US draws down its combat troops. Will the government fall, like Vietnam in 1975, after US aid ended ? I see a lot of parallels there; corrupt regime, PEPs lining their pockets, a virtual dictatorship masquerading as a republic.

(4) American fatigue at a decade of an inconclusive conflict; a country whose seasoned fighters defeated the Russians, now cannot field an army strong enough to take on the Taliban ?

The bottom line; there will not be a happy ending to this story; therefore, reduce, or better yet, even eliminate, all your financial exposure long before the last US troops depart, please. Make no long-term investments, nor extend credit in the financial community. The pervasive corruption, together with the insurgents, may bring down the government sooner than you think.
Posted by Kenneth Rijock at Thursday, March 14, 2013