PONZI SCHEMER TURNS ON HIS BANK

If you wanted a textbook example of why financial institutions must identify possible Ponzi schemers that they are banking, the Scott Rothstein case is a prime example. TD Bank is seeking to minimise its exposure to victims of the Ponzi scheme, by working out a deal in the bankruptcy of the Rothstein law firm, which would bar any future civil actions against the bank. Victims' attorneys alleged that, but for the bank's assistance, Rothstein's Ponzi scheme would never have been so effective in defrauding their clients.


Rothstein, from prison, where he is serving a 50-year sentence, has recently objected to the bank's settlement of all victim claims through a single payment to the trustee. Why? Because he will only get a sentence reduction if he succeeds in assisting in the restitution due to the victims. If future lawsuits cannot be brought, resulting in further settlements favourable to victims, his chances of ever getting his sentence reduced, and eventually being released from custody, are slim to none.

Moral of the story: watch your high-volume bank clients for any signs that their success is not quite right, has been accelerated without good reason, or that their business exhibits any characteristics inconsistent with the industry it is operating in. Ponzi schemes are always vastly successful, but there's nothing underneath the exterior shell. 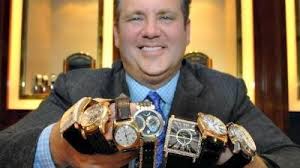