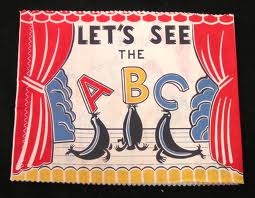 As a money launderer, I learnt early on that one of the most effective items in my toolbox was the use of a well-crafted deceptively similar entity. This means that I formed corporations with names that were very close to those of well-established companies, often with only one word or letter different than the real thing. the purpose of this ploy was to deceive legitimate businesses (e.g. bankers) into thinking that they were dealing with a subsidiary or affiliate of a major legitimate corporation, or even the company itself.

Once, when I had formed a new subsidiary of a client's legitimate company, I traveled to Washington to meet with the representatives of a major law firm, to obtain their assistance in a new matter. The firm erroneously assumed that my client's new company was a subsidiary on a giant US company, merely because I had chosen to begin the new subsidiary's name with the word "Continental." Nothing could be further than the truth; the new company had absolutely no assets. This fiction is accepted more often than not, because what we used to call in the military, attention to detail, is generally not a strong point, even in the world of finance, due to the speed with which transactions are processed. Money launderers also give them a little bit of help:

(1) If using a name that could be interpreted as a subsidiary of a well-known global company, you form it in an obscure offshore jurisdiction where you can later artfully omit "Ltd." or "Limited" from the name, or put in small print that goes unnoticed.

(2) Sometimes, you use the same colour scheme as the real company on your stationary, cheques, and even webpage; Some money launderers have been known to even place a counterfeit logo there, to further assure the victim company or bank of its authenticity.

(3) Some laundrymen form a company with the exact same name as a legitimate one, but they do it in a jurisdiction where the real thing neither has a subsidiary, nor is doing business. You might be surprised how quickly a banker, smelling large deposits, will assist you, when he thinks that you are the vanguard of a new regional operation, by your global transnational corporation.

Is a deceptively similar name a Red Flag ? In most cases, the answer is yes. Always perform a corporate information search on such names. Some Enhanced Due Diligence investigations involve actually calling up the supposed parent company, to see whether there really is a relationship.  I recommend this, as well as looking at the online company documents, and checking out the incorporators, and initial officers and directors. Are they the same as the parent that you know ? If not, watch out.