Ten years after the United States and the Coalition launched the invasion of Iraq, the country has become a huge money laundering and sanctions evasion problem that endangers the Coalition by strengthening the region's most powerful rogue nation, and allows dirty money to flow, unimpeded, into banks in the world's offshore financial centres. The Iraq invasion may have been a military success, but the post-war aftermath created a country who supports the enemies of the West, ignores systemic corruption, and facilitates money laundering.

To summarise what I see as the most pressing problems:

(1) The Kurdish Regional Government has allowed both rampant money laundering, and widespread facilitation of  global Iran sanctions evasion. Kurdish banks have prospered, in large part due their their cooperation with Iranian interests. For some reason that I simply cannot understand, both the US and EU are pointedly ignoring money laundering operations in Iraqi Kurdistan. An American ally they are not; why not sanction their banks ? is this some sort of political issue ?

(2) US Dollar notes are moving, in bulk, from Iraqi banks in Baghdad,  to Iran, and the Iraqi Government has gone out of its way to extend dollar purchasing abilities to the entire  Iraqi financial community. Where did the government think all these greenbacks were going, anyway ?

(3) Corruption is king is Iraq; it was when US recovery dollars, freely being distributed, were stolen by Iraqi PEPs, and sent to Dubai and Switzerland. These corrupt PEPs continue their thievery, and accept bribes and kickbacks. There is no regulator, nor gatekeeper, to stop them. 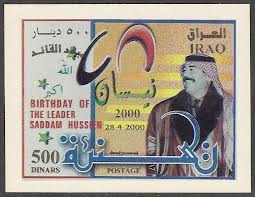 Military success, yes; but AML/CFT utter failure. The EU and US need to wake up to the reality. 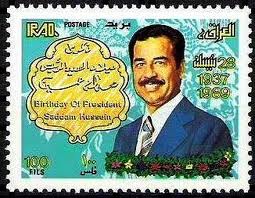