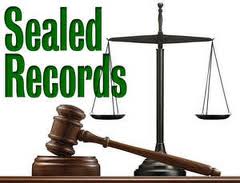 Regular readers of this column will recall that last year I covered the "unusual" careers of certain individuals from a Colombian narcotics cartel who received immunity, in connection with plea agreements of their kingpins years ago, and who have now gone on to actually being government contractors. Their original Federal criminal cases were not only sealed, their names were removed from the indices, making it appear that they had never been arrested for trafficking.

Only when the immigration attorney for one of the former traffickers had part of the sealed file opened, so that he could copy pleading in connection with his client's US citizenship application, did I get a brief glimpse of the information. Any American compliance officer performing a criminal records check, accessing the PACER database, would assume he was clean. 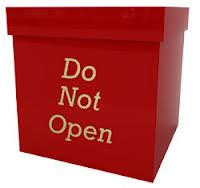 Never rely solely upon official records checks, for law enforcement, from time to time, as when it feels the circumstances justify it, sought, and obtained, the sealing of files, which puts compliance at a district disadvantage. In state court in many jurisdictions, criminal files can also be sealed, expunged, redacted, or otherwise made unavailable to the public.

Also, remember that, prior to his or her arrest, Federal indictments are generally sealed by the Court, when the target is not yet in custody, lest he learn of the case, and flee to avoid prosecution.  All these exceptions to the free and open availability of criminal records deprives the compliance officer of needed intelligence. So, what to do ?

Even through arrests, and complete court files can be sealed, the mews media cannot be muzzled. Intelligent web searches, especially using online local newspaper archives, will often turn up arrests of individuals whose subsequent cooperation with the authorities, or undercover assistance, results in a grant of immunity, and the sealing of materials in his case. Drill down to find news reports of arrests, investigative stories of organised crime, and other mention of your target. Fugitive defendants' pending (but sealed) indictments may not be available, but articles about his criminal organisation may provide information about his activities.

What about the individuals who were his co defendants ? They didn't get immunity, and sometimes a reference to the targets' sealed case pops up in their files; you know who they are because they were also named in the news article detailing the arrests.

Never assume that an individual whom you are performing due diligence upon is clean and low-risk because you have not found any criminal files with his name on them. Have you checked the local official records database yet ? A mortgage given in connection with his initial bond in a criminal case might still be there, even if the file was sealed. Did the United States District Court satisfy the mortgage ? If so, it will be recorded to clear the title.

Another place to look is the emerging cottage industry that places "mug shots," arrest photographs, which one new sees all over the Internet, online, with some basic details. 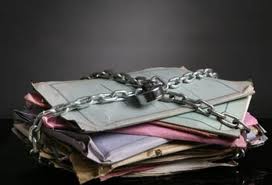 A career criminal with no readily ascertainable conviction record is a clear and present danger to any bank that accepts his business. Ensure that he is not a wolf in sheep's clothing by an educated due diligence search, lest you miss something that they do not want you to find.