VENEZUELA IN FREE FALL INTO CUBAN ORBIT UNDER MADURO 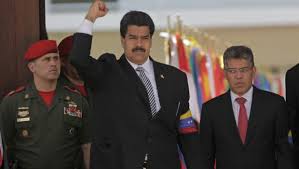 For those readers who wondered whether Nicolas Maduro's tenure as acting president of Venezuela is constitutional, it is not. It has become common knowledge that Hugo Chavez passed away long before his bogus "swearing in" for the new term. He died in office, whilst under old term, and pursuant to the Venezuelan Constitution, the leader of the National Assembly of Venezuela, Diosdado Cabello Rondón, was to have assumed the office, subject to an election, to be called within thirty days. 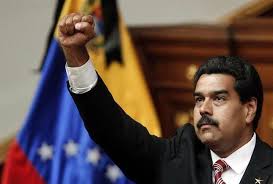 Why did this not happen ? Maduro was the personal choice of the Cuban government; he has had a long and close relationship with the Castro brothers. Cabello has no such close ties to Cuba, and is generally thought to be more of a Venezuelan nationalist that a puppet of Cuba. So much for the Government of Venezuela following the rule of law; instead of following the constitution, Venezuela blindly acquiesced to Cuban instructions; who is in charge in Caracas ? A former bus driver and union organiser; heaven help the economy. 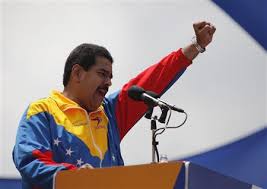