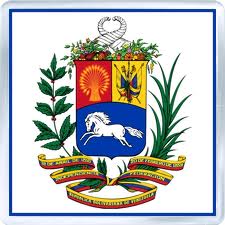 Now that that the Government of Venezuela has finally admitted that its president is dead ( though they have artfully kept the date, (believed to have been 30 December) a state secret, the cat is officially out of the bag. The three opposing parties within the country that are contending for power, the democratic Opposition, the pro-Cuba faction, and the nationalist faction, if I may simplify the labels, could plunge the country into civil war, but for risk management purposes there are more urgent issues;

(1) Can the country's ailing economy be revived ?

(2) Will Venezuela renege on its debts to China and stop shipping oil to its Caribbean allies, especially Cuba ?

(3) Will the so-called Bolivarian elite, those businessmen with close ties to the government, move their illicit wealth out of the country, in anticipation of a regime change ?

Since economic chaos may be the short-term outcome, it is suggested that you raise Country Rick on Venezuela, until it is all sorted out.
Posted by Kenneth Rijock at Wednesday, March 06, 2013