I have been warned, by my Malta friends, not to discuss a specific criminal industry operating in Malta, as they deem it too dangerous a topic for journalists. No, its not dangerous drugs; those twenty kilos of cocaine taken by armed criminals were openly reported in the mainstream Malta press. It is a far more esoteric subject: Tuna Laundering. Unfortunately, this blogger seldom avoids interesting topics due to the risks involved, even if they involve powerful interests, and organized crime participants.

For those who do not go down to the sea in ships, tuna laundering is the art of selling illegally-caught Bluefin Tuna, which have been fished over and above EU quotas, through the use of falsified data, invoices and documents. They are caught in Maltese, French, Italian and Spanish waters. The income of just one tuna laundering ring, over a period of one year, is alleged to be an obscene €25m.

If you were wondering who benefits most from this illegal trade, other than the industry kingpins, it is alleged that the "industry" has been a substantial PL financial supporter, and Joseph Muscat's name has repeatedly come up as the government official who has given his blessing to the smugglers, who often transport the illegally-caught tuna in false boat bottoms. The smugglers exploit their financial power through bare-knuckle politics, to protect their illicit industry, which shows no signs of abating. 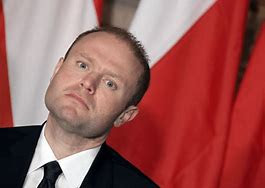 As we have said before, no wonder Italian law enforcement agencies are so interested in Malta; whether its money laundering through high fashion, tuna laundering, or or Maltese politicians visiting Mafia strongholds in Sicily, wherever Italian investigators look, they see Maltese officials in compromising positions.