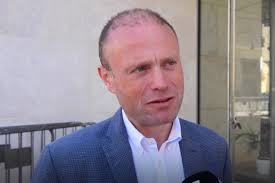 Joseph Muscat, according to those who best know him, is living in fear and loathing, dreading the long and inevitable arm of the American justice system. He will do anything he can to evade, or even significantly delay, extradition to the United States, where Money Laundering, Racketeering (RICO), and Providing Material Support to  a Terrorist Organization charges will, sooner or later, await him in a court of law where he cannot influence the judiciary. He, and his good wife Michelle, who has become a Person of Interest, due to a number of crimes that we will be exposing this month, are suffering through sleepless nights, and self-medicating at home. 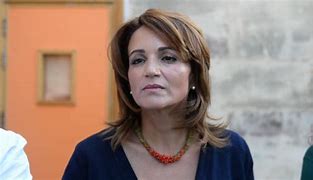 Lest You think that the disgraced former prime minister has stopped manipulating his Labour Party, and the voting public, he recently accomplished a palace intrigue which would have made Henry VII hinself envious. here's how it went:

(1) Muscat orders his successor, the current Prime Minister, Robert Abela, to advise the United States Government that Malta is ready, at long last, to finally sign a SOFA agreement with America, with only minor adjustments to be negotiated in good faith, and in person. In essence, he lures the US in with a false promise of a prize. 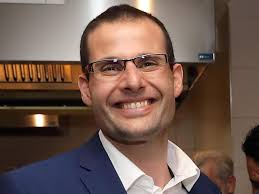 (2) Having taken the bait, the US sends its busy Secretary of Defence, on the long journey. Muscat knows very well that the Maltese public severely opposes SOFA, both due to the country's neutral history, and its dislike of any treaty that allows American servicemen arrested in Malta to be tried in an American court. The appearance of American military aircraft also was unsettling to many.

(3) When Secretary Mark Esper arrives for the expected signing, Abela displays only a toned-down version of the agreement the Secretary expected to sign. Esper, known to be a hard-nosed, no-nonsense executive, was overheard by witnesses to exclaim  "Are you F***ing kidding me ? " and refused outright to sign it. 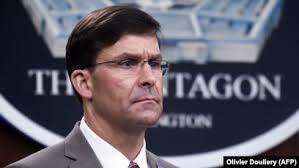 (4) The Secretary left the meeting after only one hour, and we can be sure that he was not impressed with Malta's new prime minister's tactics.

(5) Anti-American opinion immediately spiked in Malta, as any casual reader of Letters to the Editor and Commentary will attest to. Nobody seemed to want SOFA "protecting" lawbreakers who happened to be American soldiers. sailors and airmen.

(6) We can be certain that, as soon as his indictment is unsealed, even before Extradition documents for Muscat arrive in Malta, his attorneys will claim that the US is only seeking to arrest him because it didn't get SOFA signed. He is actually counting upon public opinion being firmly against his extradition.

(7) When public opinion is thoroughly manipulated, one of his Labor-leaning judges will deny extradition.

This might temporarily delay his appearance in the dock in America, but he is not understanding that most people in Malta are so disgusted with the corrupt manner in which he governed that, sooner or later, intelligent public opinion, as well as external pressures, will force the judiciary to order his extradition.

All of Muscat's protestations of innocence during television and media interviews, including his underhanded efforts to alienate Malta's people from the US by playing the abortion card in a Catholic country, will all be for naught, for justice will eventually be served.