SOME DETAILS FROM ITALIAN INVESTIGATION INTO MALTA EMERGE 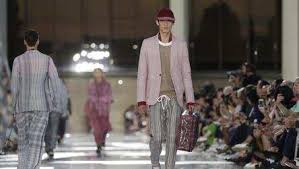 There have been a number of readers in Malta inquiring about our recent article on the information we have  previously reported the activities of Italy's Unita di Informazione Finanziaria per i'Italia (UID) into money laundering in Malta. We were able, with the assistance of a source in Milan, to run down what Italian law enforcement is apparently investigating in connection with alleged money laundering activities in Malta. We stress that, as this time, we have not yet independently confirmed its accuracy, although it was obtained by a reliable source who has assisted us in the past with information requests, and there is open-source information which tends to corroborate what we have learned.

A Maltese fashion house with business connections in Milan and the Piemonte area is said to be under investigation by the Italian authorities, in connection with suspected money laundering. The laundering is believed to have occurred over an extended period of time. Additionally, there are also rumors that a witness who has been granted immunity from prosecution in Italy has been furnishing information and evidence about transactions in Malta, which implicates the fashion house and its owners.

Money laundering through retail fashion is accomplished in a number of ways. Generally, cash from an illegal source, meaning the proceeds of crime such bribes and kickbacks, is co-mingled with the legitimate receipts of the store, pumping up gross profits. the owner generally insures that there are records proving that there is sufficient inventory purchased, or at least documented, to back up bogus additional sales that are then recorded to reflect the increased cash flow. Increased "profits" are then shown on the company's books, although some companies inflate expenses, through a variety of methods, so as not to have to incur additional taxes. Given the high markup which is common to the retail fashion trade, and the lack of set pricing from the manufacturer, a fashion retailer intent upon laundering dirty cash usually has no problem hiding it among sales. 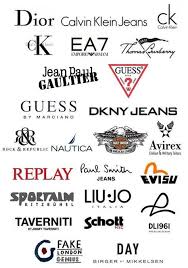 The laundered sum is paid out to the criminal in a wide variety of ways; sometimes, the criminal element owns a share of the business, and money is paid out as profits after taxes. Other such companies pay the criminal's credit card bills, or obtain credit cards overseas for the exclusive use of the criminal. Other methods include sending money overseas, disguised as payment of expenses, which gives the criminal his or her cash where they may access it far from inquiring investigators. Another typical method is to grossly overpay for goods purchased abroad from a company controlled by the criminal, which then results in large amounts of funds being wired overseas, into bank accounts. In sum, there is a wide variety of methods employed by money launderers to conceal, clean and distribute criminal proceeds for their clients.

We shall continue to monitor the Italian inquiry into Maltese money laudnnering, and report back to our readers on all developments as they occur.