MALTA, FIGHTING THE EUROPEAN UNION ON ECONOMIC PASSPORTS IS A BIG MISTAKE 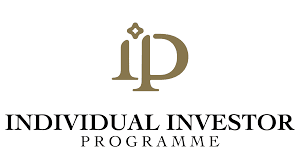 I have been intimately involved in the CBI (Citizenship by Investment) industry since the early 1980s, when St Kitts' Foreign Minister, William Herbert Jr., then also the US, UN and OAS Ambassador, introduced me to it, specifically authorizing members of the Medellin Cartel to apply for SKN passports. For those readers who do not know what happened to Billy Herbert, access our article, A Caribbean Money Launderer casts a Shadow Long After his Death here. I doubt that neither Mr. Robert Abela nor Mr. Joseph Muscat wish to meet the same end.

To understand why going up against the EU is not only wrong, it is downright dangerous for the people of Malta. The CBI consultancy that sold Muscat a bill of goods on how much money could be made by Malta  it sold economic passports ( and which reportedly aided in his 2013 election in dodgy acts and deed) used the East Caribbean States CBI model. Five countries in the east Caribbean, St. Kitts & Nevis, Antigua & Barbuda, Dominica, St. Lucia and Grenada, all have similar programs. Without exception, those programs have resulted in rampant corruption, as well as the sale of passports which have EU access, to criminal elements, as well as individuals from extremely high-risk countries. These programs, which add millions to national budget, also have the effect, strangely enough, of depressing economic expansion, as the CBI money discourages economic development which would take place under normal circumstances. Why work hard to develop your new local businesses, when your national budget is already in your hands ?

That is bad enough, but there is an unexpected, and dark, consequence when a country sells CBI passports, which are then used by transnational financial criminals: all holders of passports of those nations, including innocent nationals born in those countries, face increased law enforcement, immigration and customs attention, because Western countries with bad experiences from criminals holding CBI passports from those countries, begin to judge ALL passport holders from CBI-issuing jurisdictions as possible money launderers, international sanctions evaders and terrorist financiers.

In plain English, continued  sales of CBI passports results in legitimate Maltese nationals being rousted by customs upon arrival at international ports of entry and airports. This includes searches of bags & baggage, and even strip searches, plus interrogation. That is a distressing event for anyone to suffer, no matter how thick their skin happens to be. A bulls'-eye target ends up on the back of your passport holders, what is known as guilt by association, specifically because some of your CBI passport holders are career criminals, practising their dark craft.

Knowing this is the logical result of having CBI passports out there, in the hands of criminal elite, should be sufficient for the people of Malta to, as a group, eliminate CBI passports for their mutual safety and protection. The EU is correct, CBI passports create more problems than they solve. It is best, for all concerned, to cancel the program forthwith, unless you are willing to listen to horror stories regarding untoward events happening to Maltese passport holder entering the United States on holiday or for business, because they will be targeted.