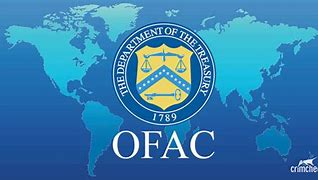 In what will most likely be seen as a direct challenge to the United States, a controversial judge in the Republic of Malta who is closely associated with the ruling Labour Party has disregarded existing OFAC sanctions imposed upon an arrested fuel smuggler, and ordered €296,000 released from accounts he held at the Bank of Valletta (BOV), after the bank had frozen them. The judge, Superior Court Justice Toni Abela ignored the US Office of Foreign Assets Control sanctions, the fact that the owner of the accounts, Darren Debono,  was arrested in Italy on oil smuggling charges, and that the criminal case is still pending. The companies involved are World Water Fisheries and Nesvan Company. It is alleged that the defendant Debono is part of a €30m smuggling operation involving illegal Libyan oil.´

The Court held that there was nothing in Maltese law to authorize the bank's seizure of the accounts, asserting that OFAC sanctions were issued in America, and not enforceable in Malta, a "sovereign and independent EU State." The bank argued that it was obliged to freeze the funds, both to observe OFAC sanctions, and in line with established international banking practices, and to not do so would jeopardize its access to the US Dollar payment system.It also stated that international banking practice had the strength of law, notwithstanding that there was no such formal law in Malta.

Judge Abela has had his share of controversy; he is the immediate former Labour Party Deputy Leader, prior to coming on the bench, and it is alleged that he supervised a drug cover-up, involving a large quantity of Cocaine located at the Labour Party Club, where he failed to contact law enforcement and interfered with a criminal investigation, to protect party members. His nomination to serve as a member of the  European Court of Auditors was reportedly rejected by the European Parliament.

Whether OFAC will respond forcefully to this challenge by entering sanctions against BOV, the judge or the court is not known;  the judge was appointed by Joseph Muscat directly from his Labour Party position, which creates a strong presumption that his decisions and rulings will be influenced by Labour. Public opinion in Malta indicates that he is regarded as one who will obey instructions that he receives from Labour, and not follow the Rule of Law. Similar conduct has been ascribed to other judges so appointed by Labour.

The order releasing the funds, given the circumstances, could place a cloud over Maltese-American relations.