WILL A COOPERATING YORGEN FENECH BRING DOWN MALTA'S HOUSE OF CARDS , FROM ABELA TO ZAMMIT-LEWIS ? 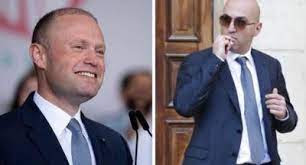 If you were closely following the Fenech/Daphne proceedings, you know that the compilation of evidence against the lead investigator has been postponed until November. While this was most likely done to give the Labour Party sufficient time to conduct, and win, national elections, the lawyers over at PL must not be paying attention to what is going on behind the scenes, for there are unconfirmed reports that Yorgen Fenech, probably the most reviled man in Malta, is negotiating with someone, somewhere, to cooperate in a pending criminal investigation.

We do not mean working with Maltese authorities, but a foreign agency or entity. Let's be honest here, for YF most likely knows enough about corruption amongst members of the Maltese cabinet to implicate just about all of them. Of all the possible cooperators, he literally knows were all the bodies are buried, and who in government violated the UK Bribery Act and the American Foreign Corrupt Praticses Act.  He is that tuned in to Maltese crime, especially bribes & kickbacks.

Whether we see Mr. Fenech, through his artful defence team,  accomplish this legal miracle, we cannot say, but considering that YF is definitely in mortal danger of an "accident" or "suicide" in a Maltese prison, we are certain that his attorneys are mindful of the threat to his safety. If I was YF, I would certainly want to be spending my incarceration in a UK or US facility, and at the end allowed to evade Maltese justice by being released abroad, under a new identity, never to see Malta again.

Who has visited YF lately, and met with him in the presence of his attorneys ? Is there a visitors log, or has it been conveniently misplaced or deleted ?