MALTA IGNORES THE FIRST WHISTLEBLOWER AT ITS OWN PERIL 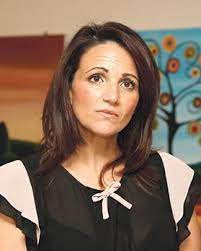 Unless you are one of Malta's Luddites, you zealously devour all the investigative articles appearing in The Shift News. This week, in a story exposing the country's abject neglect of its legal responsibilities to the EU on whistleblower legislation, this paragraph appeared:

"The Government also denied whistleblower status to Maria Efimova, who revealed information on Pilatus Bank and Egrant company. She fled from Malta, due to fears for her safety, but was arrested in Greece after Malta requested her extradition.  Eventually, the Greek courts refused the extradition order."

Malta's government continues to ignore the inevitable, probably because it will signal the abrupt end of the reign of the Labour Party, fatally infected with the corruption virus. They ignore Maria at their own peril.

We understand that one of Joseph Muscat's recurring nightmares goes like this: notwithstanding PM Robert Abela's refusal to grant Maria whistleblower status, and the immunity from prosecution that goes along with it, she finds a way to protect herself from legal jeopardy, and the Questioned Documents Examiner Report, confirming the  authenticity of signatures on corporate documents showing his wife, Michelle Muscat, as the beneficial owner of Egrant, is published. Everywhere he goes in Malta, copies of the report are posted on buildings, trees, and even placed upon the windshields of every car in Malta. he cannot escape the truth.

JM wakes up in a cold sweat, and reaches for a bottle of strong drink to clam his frazzled nerves. THAT'S how much of an existential threat that report is.When it sees the light of day, his criminal empire will implode in a flash of sound and light. Pray that this day comes, sooner rather than later.