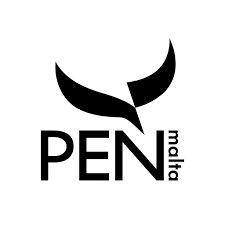 PEN Malta, the local branch of the international journalists' free press organization, recently published entitled  PEN Malta says Magistrate cannot Determine what is in the Public Interest,  in which it stated

" A gagging order on matters that do not prejudice [the] ongoing proceedings ... is not justified."

The Maltese judiciary, obviously acting upon the orders of corrupt government leaders, routinely imposes gag orders upon the local media, when corrupt Labour officials, leaders, Party members, or their wealthy financial supporters' names are implicated in criminal activities. This is a form or censorship which denies the public access to information which is clearly in the Public Interest. It is frequently explained away, ineffectively, by a judge, stating that it may prejudice legal proceedings that have not concluded. This is total BS; it conceals the sordid truth about individuals, solely because they are part of a corrupt power structure desperate to stay on top, and  using deception to do so.

This blog will continue to print the truth, the whole truth, and nothing but the truth about Malta. Being outside the country, the courts in Malta have no jurisdiction over our content, and we are known to have printed warnings that certain stories are intended for Expats residing overseas. We who labour here print only truth; stay tuned.