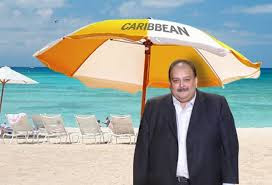 It was bound to happen. once a judge in Dominica had the case of high-profile Indian fraudster Mehul Choksi before him, the government charged him with Making Illegal Entry into Dominica. Considering that Choksi was kidnapped in Antigua, and brought to Dominica against his will; the necessary element of intent is missing. There is no factual basis for the charge; it was obviously brought to detain Choksi, while a team of expensive Antigua, Dominica and UK attorneys will collect lucrative fees from a known fraudster. In this case, 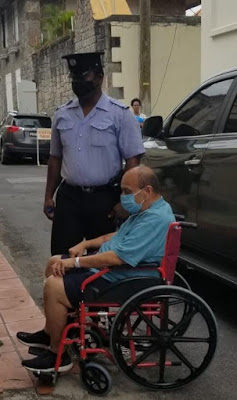 He was brought to court today by the police, in a wheelchair; the extent of his injuries, reportedly sustained by his captors, are not known, though photographs show bruised face and arms. The Habeas Corpus proceeding brought by Choksi's counsel are scheduled to be heard tomorrow, June 3, though the belated criminal charge may result in a judicial decision to deny it, due to a pending criminal case.