ONLY FORTY MONTHS' SENTENCE FOR MOVING $24m FOR MEXICAN CARTELS ? ARE YOU KIDDING ME ?? 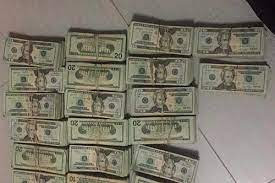 $20s, not $100s. This was the proceeds of street sales of narcotics

Today's news in financial crime is not encouraging; Sui Yuet Kong, a Chinese immirant, who admitted that she, on behalf of a Chinese money laundering ring, personally physically moved $24m in currency, has received a lenient forty-month Federal sentence for her crimes. The laundrymens' clients were Mexican drug Cartels. She picked up the cash in $500,000 lots; her attorneys claimed that she had no idea that all the money was drug profits, which is hard to believe. I know I certainly don't.

The cash was transmitted to China through circuitous means, and thereafter delivered in Mexico to the Cartel clients. If the Federal judiciary insists on giving out such sweetheart deals to bulk cash smugglers who ultimately cooperate, there the word will spread that only short sentences awaits those who are caught in the act, and the practice will continue. This is not an effective deterrent to others.

I see only $1m was seized; that means the Mexican Cartels are twenty-three million dollars richer.  Was justice served ? You be the judge.