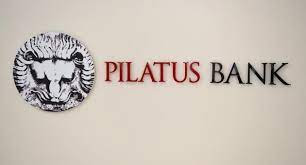 Remember when we reported on Hamas' public request to its supporters to fund its international terrorist activities by sending it Bitcoin, thus evading the global financial structure ? Well, one financial institution in the Republic of Malta reportedly took the Specially Designated Global Terrorist organization seriously, for we have confirmed information, coming from a law enforcement source, that Pilatus Bank, later closed by the European Central Bank for money laundering, sent Bitcoin to Hamas.

We know specifically which Pilatus director was in command of these illicit payments, but must conceal his identity, lest he choose to flee the countries of the European Union, for a jurisdiction where extradition to a Western country will be impossible. This individual has special expertise in cyber-currency.

This constitutes terrorist financing, and significantly raises the stakes for those Maltese government officials, including regulators, who cast a blind eye towards reports that Pilatus Bank was engaging in criminal activities. Notwithstanding a statement by the head of the Malta Police, last year, that criminal charges would soon be filed, in the light of a Magistrate's report confirming money laundering, Malta has avoided filing a Bill of Indictment against the directors and senior officers, as suggested by the report.

Providing Financial Support to a Designated Terrorist organization, especially when that support, directly or indirectly, results in a terrorist act in which victims  are killed, confers the maximum penalties under the law, up to and including the Federal Death Penalty, under US Laws. We doubt that Malta's leaders are aware of this bit of information, but ignorance of the law is no excuse.

Malta's ostensibly Socialist government has carried on a love affair with Palestinian organizations, including terrorist groups, for decades, and those organizations maintain agents within the local expat community, which greatly facilitates funding through Maltese banks. We cannot say which financial institution replaced Pilatus, but we urge that an inquiry be made forthwith, for some bank is certainly involved at this time.