OBSTRUCTION CASE AGAINST LONGTIME ASSET OF AMERICAN INTELLIGENCE COMMUNITY; PROSECUTORIAL MISCONDUCT OR THE HAND OF TRUMP ? 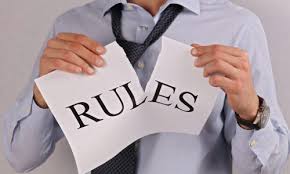 In the aftermath of the legal disaster involving the Iran sanctions case against Ali Sadr Hashemi Nejad, the Iranian bank owner (Malta's infamous Pilatus Bank) whose guilty jury verdict that was negated by what the judge declared to an classic case of prosecutorial misconduct,* a case in District Court in Los Angeles appears to be even more egregious, and which may have roots in a very dark place, like that of Ali Sadr.

To simplify, while there are many other sub-issues, suffice it to say that Pakistani-born American businessman Imaad Zuberi is about to enter Federal Prison, on a twelve-year sentence, for Obstruction of Justice. Zuberi allegdly, deleted emails from his computer, during a criminal investigation. while this sounds like a simple case, it isn't. Zuberi, who is a longtime asset of the US Intelligence Community, did not delete those emails; it was done by his Agency handler, and the US Attorney's Office knows this to be a fact, and still prosecuted him. His attorneys hope the appellate court will reverse Zuberi's conviction, and is seeking his release on bond pending the appeal. Of course, the Government is opposing this. Don't you wonder why ?

The number of ethical (and moral) violations prosecutors have committed are legion:

(1) The Government argued a position it knew to be false on the email deletion issue.

(2) the Government used Classified information to assert its position before the Court, but did not allow defense counsel access, notwithstanding that he had been cleared for access. The information advanced a one-sided story, while shielding contradictory facts that would have painted a different picture.

(3) The Government made factually incorrect, misleading, and even knowingly false statements to the Court.

(4) The Government using the Classified information shield, restricted counsel's ability to tell Zuberi the arguments against him, and to effectively participate in his defense.

(5) The sentence sought was clearly excessive, Draconian, and inconsistent with the lenient sentences in the same District for similar cases. This is not equal justice under the law.

Clearly, the Government was under orders to zealously prosecute this individual, which amounted to a denial of fair adversary proceedings. But was this case, which reeked of prosecutorial misconduct from end to end, brought because of orders from above ? It is no secret that Donald Trump loathed the American Intelligence Community. While we do not know the specific reasons, his fears that IC has clear and convincing evidence of his criminal conduct, and possibly even Sedition and Treason, may account for his attitude. Zuberi also was a major campaign donor; did he anger Trump by his financial actions ?

In other words, was Zuberi targeted because of his connection to the Intelligence community, and did those orders come directly from political appointees in the US Department of Justice ? Who gave that order ? It might also be interesting to know why, since the Trump Administration has been out of office since January 20, why the Biden DOJ is so stubbornly pursuing  Zuberi ?  If the same ASUSAs are handling the case as they did in 2020, questions about their motives need to be asked.Was the then-Attorney General involved ?

All these questions deserve answers; let's hope the Ninth Circuit Court of Appeals dispenses some justice.