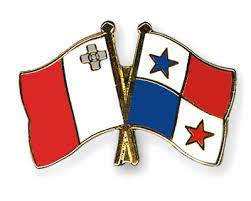 Unless something extraordinary occurs, on Wednesday, the Financial Action Task Force (FATF) will vote to place Malta on the Greylist of uncooperative jurisdictions for AML/CFT purposes. Malta will join the Republic of Panama in a club nobody wants to belong to.

(1) They both have apartment and office buildings, built with laundered cash, all empty of tenants.

(2) They both never, never, never charge either their banks or laundrymen with money laundering.

(3) They both feature rampant, uncontrolled corruption at the highest levels of government.

(4) They both have alienated neighboring countries, due to uncontrolled financial crime.

The US will vote against Malta, due to the total lack of money laundering and corruption prosecutions. Germany will cast its vote, due to the IIM (CBI) passport programme, which has resulted in financial criminals entering the Schengen Zone en masse. The UK most certainly has not forgotten the Pilatus Bank branch in London's Mayfair.

This blog has been warning Malta's leaders, for one year, to clean up the courts, IIM and corruption, to no avail. As ye sow, so shall ye reap.

One final note; if you want to know what is next for Malta'; Moody's, the investment assessment firm, just listed Panama as NEGATIVE in its financial sector. Expect more bad news to arrive in Valletta forthwith. As a wise man once said, "The people get the government they deserve."