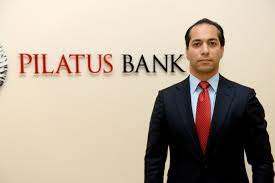 Now that more and more examples of what I can only describe as improper and illegal conduct, committed by attorneys in the US Department of Justice, I am wondering aloud just how far that misconduct went, during the Trump years. Was a case written off as a failure to deliver timely deliver Discovery to defence counsel, in a complex matter, and categorized as negligence, that the Court decided was a major Brady violation that justified setting aside a jury verdict, really that simple ?

For those not familiar with the case, allow me to summarize; Ali Sadr Hashemi Nejad, an Iranian businessman with no banking experience whatsoever, magically obtains a banking license (Pilatus Bank) in the Republic of Malta; the bank ultimately had its license revoked for massive money laundering of millions of dollars in criminal proceeds from several jurisdictions. Ali Sadr was arrested in the US for moving $115m, paid under a Venezuelan construction project, through the US financial system, in violation of American IEEPA sanctions against Iran. Ali Sadr used entities in Switzerland and Turkey to conceal the payments to Iran.

Sadr's conviction was set aside by the Court after SDNY admitted that it had repeatedly failed to deliver what possibly constituted Brady material, to Sadr's attorneys prior to the trial. We note that very senior AUSAs handled the matter for the US Attorney.

So, the question is: was there a negotiated settlement with defence counsel, wherein Sadr would turn over many millions of dollars to SDNY, in exchange for an admission of Prosecutorial Misconduct, and assisting in dismissal of the charges, and was the entire matter handled by Trump political appointees ? While "sweetheart" plea agreements in Federal criminal cases, involving the disgorgement of the proceeds of crime, often occur, it is generally while the case is pending, and not after a jury verdict comes in. Did Sadr offer a treasure trove of cash after he was convicted, or was it demanded post-conviction ?

There are a lot of unanswered questions here, and we need to know:

(1) how many of the senior Assistant US Attorneys who handled the resolution of the matter were Trump political appointees, especially if they were transferred into the SDNY from Main Justice, by the Attorney General himself ?

(2) Why did Ali Sadr receive such favourable treatment during the proceedings in his case ? It was known that he had assets abroad, that his father was a prominent Iranian businessman, and that he was a flight risk ? How on earth did he get bond ?

(3) Did representatives of the US DOJ expressly tell the authorities in the Republic of Malta NOT to file criminal charges there against Ali Sadr Hashemi Nejad for money laundering ? If so, who delivered that message or warning ? To be blunt, did Russian money for Trump transit Pilatus Bank ?

(4) Remembering how Rudy Guiliani sought favourable treatment for other Iran sanctions violators, including Halkbank, was there a similar operation underway regarding Ali Sadr ?

I am no conspiracy theorist, but I have been questioning the outcome of the Sadr case; the public needs to know whether there is more than meets the eye. Was it truly Prosecutorial Misconduct or something darker ?