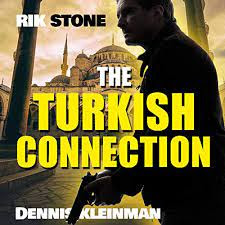 If you read this blog regularly, you know:

(1) Law enforcement at MIA in Malta is constantly finding  undeclared currency of bulk cash smugglers atttempting to board airliners bound for Istanbul; and

(2) Maltese customs officials are reporting regular seizures of cocaine coming into Malta. With the exception of the Labour Party social headquarters,  and some of Malta's lawyers, we are not aware of any substantial local users. It is therefore a transit point.

Most observers are not inclined to connect the two, but in recent months, the evidence has confirmed that Turkey has become a major receiving destination for cocaine being smuggled in from South America; a monstrous 2010 seizure in Colombia, of a quarter of a billion dollars worth of coke ( 4.9 tons), whose destination was Turkey, proves that point.

Now, given that cocaine is not being consumed in quantity in Turkey, traffickers are obviously using it as a transit point into the lucrative European Union market. Inasmuch as Turkey is outside the Schengen Zone, Malta has become the logical choice to enter Western Europe. Coke arriving in Malta is NOT coming from Colombia, Venezuela or Peru, but from Turkey.

Whose is involved ? Five maritime companies, all incorporated  in Malta, trace back to the son of the leader of Turkey, according to publicly-available information . How does the money flow through Malta ? We cannot conclusively point to a specific local financial institution, but we do know how it worked in the recent past. The country's favourite Iranian-owned and operated money laundering engine, Pilatus Bank, had a substantial number of Turkish accounts, most of which were not connected to legitimate local business operations.

Who was responsible for those accounts ? Most Maltese are unaware that there was a Turkish banker in residence at Pilatus Bank, and he had what law enforcement calls "Special Skills." In other words, he or she is qualified to employ specific talents needed to achieve criminal goals. This individual, immediately prior to being posted to Pilatus, completed a programme on maritime trade and transport. This is a niche topic, needed by any finance officer engaged with maritime clients. he also claims, on his resume', that he was with Pilatus until 2020; of course, Pilatus lost its licence a number of years before then. So what's with the claim he was still working for the bank in that time frame ?

We must assume that the present government  in Malta is somehow sharing in at least a potion of the illicit profits, in exchange for allowing it trouble-free transit, but the rest is flowing north, most likely through the ferries, into Sicily and Naples, and on into the EU. Perhaps this is one of the reasons the other Members of the European Union are so upset with Malta of late. Whether they do anything about it we cannot say, but we will be watching.