ARE TRUMP HOLDOVERS AT THE DEPARTMENT OF JUSTICE DELAYING THE INDICTMENT OF FINANCIAL CRIMINALS LINKED TO TRUMP AND THE REPUBLICANS ? 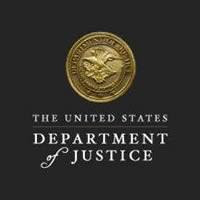 This has been a busy week for justice news; first the disclosure that major American media received subpoenas, for covert investigations of journalists, which included gag orders, which reportedly found nothing, but which were repeatedly renewed by court order, which kept the individual targets totally in the dark, in what have been described by former DOJ attorneys as "fishing expeditions."

Next, it got worse; Members of the Intelligence Committee of the US Congress were also the subject of investigations, which included staff members, and their families, including a minor child's telephone records. Again, the DOJ, specifically former Attorney General Wm. Barr, found no evidence of wrongdoing. Internal DOJ investigations have been launched this week.

The reason all these matters are coming out, six months into the new administration, where AG Garland is in command, is that the last of the many gag orders are expiring and/or court records are being released to the public. The Trump Justice Department was supposed to depart on January 20, 2021, to be replaced by the new administration, but, curiously, vestiges of a number of the Trump investigations, both into his "Enemies List"  (shades of Nixon) and suspected, but never proven, leaks of classified information to journalists,  remained alive & well.How did that happen, Mr.Garland ?

The only possible answer is that, rather than dismiss all the Trump political appointees in the Department of Justice, and the career prosecutors who spearheaded Trump's obviously improper investigations of journalists and Congressmen, a number of them are still Assistant United States Attorneys, What's wrong with this picture ? The logical thing to do on January 20 was to employ a broom to make a clean sweep of these individuals, many of whom seemed to have bent, or even broken, both internal DOJ policies, if not Federal Law itself. I am referring not only to Main Justice in DC, but to SDNY and SDFL as well. Furthermore, Certain delays in bringing indictments have not escaped notice by other agencies in our government, we assure you, and they are quite unhappy with these unexplained delays; whether there will be pushback , and what those consequences will be,we cannot say. 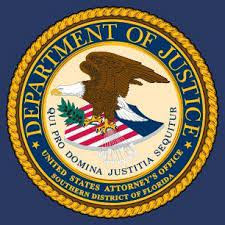 We note with alarm that a number of the still-pending civil suits, filed by watchdog organizations, advocacy groups, Congressional committees and NGOs, which Garland inherited from Barr and Sessions are still being defended by DOJ, which is continuing the official positions from the Trump Era, for suspect legal and/or institutional reasons. This inconsistency has been flagged by watchdog groups.

Perhaps the most serious issue is whether Trump Era holdovers have been instrumental in causing foot-dragging (delays) in completing investigations of certain financial criminals, some of whom appear to have been either former Trump officials, past or present major Trump campaign supporters, or wealthy businessmen linked to the Republican Party. We are talking about Foreign Corrupt Practices Act (FCPA) and money laundering violations. 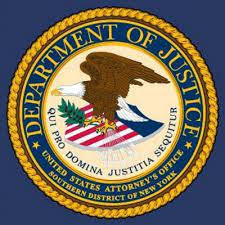 Are certain prosecutors obstructing justice for political reasons ? If so, this must be uncovered, suppressed, and brought to a halt, with the offenders given not only their walking papers, but come under criminal investigation, should the circumstances warrant.AG Garland needs to clean his house, forthwith, lest Statute of Limitations issues allow those financial criminals who are not yet indicted to elude justice.