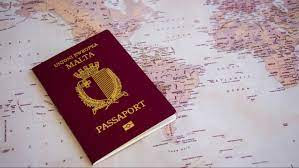 If you were looking for another reason for the European Union to compel the Republic of Malta to shut down its Citizenship by Investment (CBI) programme, known locally as IIM, here's one: CBI passports are being sold to individuals where are citizens and residents of other EU Member countries. This is an illegal act, and it apparently is a widespread occurrence in Malta. No wonder criminals flock there, for they receive a travel document that allows them to masquerade as someone else, even in their own home country.

I am familiar with a specific case, involving a major white-collar criminal, who is using his Malta CBI passport (under an alias, of course) to defraud his many victims. I will, for the moment, withhold the individual's name, for her/she will most likely be arrested soon, and I do not with to give that individual advance warning that law enforcement is closing in. Once the person is in custody, however, I shall share all the details.

If this isn't, in and of itself, sufficient reason to cancel Malta's CBI passport programme, then there aren't any. Any CBI passports issued to an EU citizen cannot have any legitimate application. They are only for criminal use. We hope and trust that the European Commission action against Malta, to terminate the programme, with prejudice, is successful.