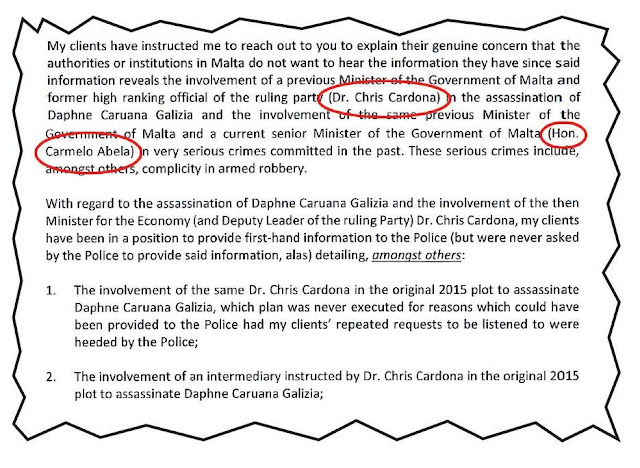 Two of the principal suspects in the Daphne murder have written to the EU, complaining that the present government of Malta did not properly review their request for a pardon, because their testimony would implicate a "present and former minister," and therefore, there was an improper Conflict of Interest. The ruling Labour Party, not wanting two of its prominent leaders to be named, and thus had to be charged, shirked its duties.

Unfortunately, the present governmental situation in Malta, with a total absence of the necessary Checks and Balances, wherein equal branches of government act as necessary limitations on power, there will be no proper response to the offer, and the names of the two ministers will never be disclosed and placed into evidence through testimony. Justice will not be served, again, in Malta, and the guilty will remain free from accountability for their crimes. The country's failures to follow the Rule of Law has have stained its reputation, both within the European Union, and in the United States. 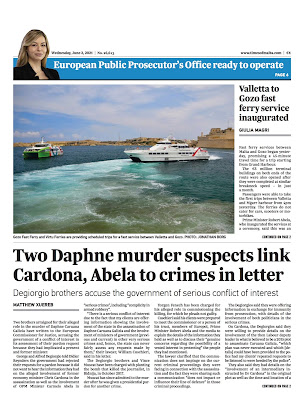 Malta's corrupt government continues to be regarded abroad as a Den of Vipers and Thieves. So long as it remains so, Malta will remain an outcast in the EU, and not to be trusted. 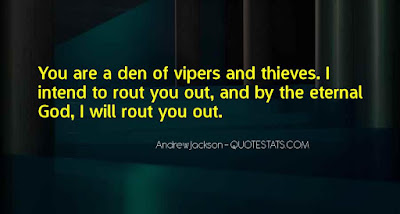