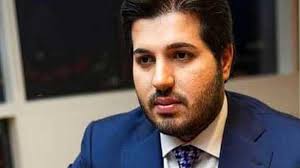 The attorneys for Mehmet Hakan Atilla, the Turkish banker who is Iran sanctions evader Reza Zarrab's co-defendant, has indicated that he will probably not be ready for trial in October, and this means a 2018 trial date, and at least two years in pre-trial confinement for Zarrab. Will this additional delay nudge him towards a plea, resulting in his implicating additional defendants ?

Victor Rocco and Thomas Thornhill, Atilla's defense counsel, have advised the Court that :

(1) They are only in the early stages of reviewing "hundreds of thousands of emails and thousands of recorded conversations."

(2)  "Most of the Discovery that we have received so far is in languages other than English, "meaning that translations are required, before analysis can be conducted.

(3) "I anticipate that we will be requesting additional information from the Government, as we prepare for trial."

(4) "... it is clear that many of the transactions, and [the defendant's] conduct occurred in Turkey, " meaning that there will be MLAT applications, which are requests for foreign discovery, which is often time consuming and requiring many months "to schedule or resolve."

It sounds ominously like the defense attorneys for Atilla are planning on seeking a continuance of the trial date.

Whether Zarrab will willingly endure such an extended period of uncertainty is not known; if he does capitulate, and enter a plea, then certain senior government officials in Dominica, and the Iranians* and Malaysians who were a part of Zarrab's oil-for-gold & dollars organization, could all be indicted, as the result of Substantial Assistance on the part of Zarrab. It is, short of turning over billions of dollars that he probably no longer has access to, his only method of securing a reduced sentence.

Counsel will again advise the Court, on August 1, 2017, of their trial readiness situation.