CARIBBEAN CBI CITIZENS ARE ELIGIBLE TO SIT IN THE UK HOUSE OF COMMONS, OR EVEN THE PRIME MINISTER'S OFFICE 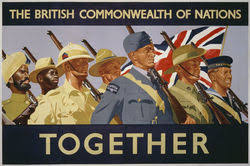 Back in 1983, when the Honourable William Herbert, the Foreign Minister of a newly-independent St Christopher & Nevis, created the first Citizenship by Investment program in the East Caribbean, he may not have been fully aware of all the ramifications of the naturalization of  foreign individuals in  the Commonwealth of Nations. St Kitts, Dominica, and indeed, all the half dozen EC democracies that have enacted CBI legislation, to create additional income for their developing ecomonies, neglected to examine, in detail, all possible negative outcomes that their CBI  programs might spawn.

Sometimes, legislators, with good intentions, create something never anticipated nor wanted. We call it the Law of Unintended Consequences. In the case of CBI programs in East Caribbean, it is the simple fact that, pursuant to the British Nationality Act of 1981, citizens of Commonwealth countries have, not only the right to register and vote in all UK elections, they can stand, as a candidate as a Member of parliament, to the House of commons, and ultimately, be appointed a minister of government, or even Prime Minister. They also have an absolute right to sit in the House of Commons if a qualified Bishop of the Church of England (Anglican Church).

Here is the nightmare scenario: a well-known Russian organized crime figure, armed with a CBI citizenship from the Commonwealth of Dominica, obtained through a corrupt method, namely payment of an obscene sum to a senior government official in Roseau, stands for the House of Commons. he already owns a significant amount of London real estate, and now he wants political power.

With the expenditure of a large amount of money, he buys enough votes to get elected. Once seated in Commons, he assists other career criminals in obtaining CBI passports & citizenship, and also in running for office. There may be alternatives; Iranian, Venezuelan or even Chinese, criminal elements may tale advantage of this loophole. Dodgy individuals from those countries are known to hold 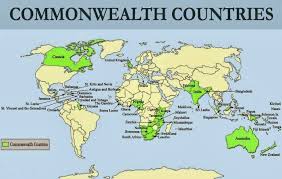 Perhaps the next time a national government decides to enrich itself, through a CBI program, its officials might want to consult a competent immigration law firm.