WAS RICARDO MARTINELLI THE OBJECT OF A FAILED ATTEMPT TO BREACH FEDERAL SECURITY IN MIAMI ? 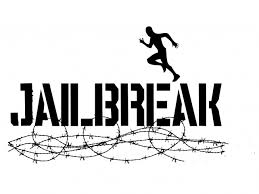 Regular readers of this blog will recall our recent story, regarding the fact that the fugitive former Panamanian President Ricardo Martinelli had acquired a hideaway in the Dominican Republic, and that he intended to decamp from his Miami digs, and relocate, ahead of the existing extradition warrant from Panama.

One of our sources tells us that, after his arrest, Martinelli was regarded as a potential escape risk, because of the Dom Rep matter, and is being treated as such while in custody.

Now, something even more unusual, even for Miami. Three men, posing as law enforcement agents, but holding flawed identification, were arrested this week, after they attempted to enter the restricted Federal complex, in Downtown Miami. That section contains Federal Courthouses, the Federal Detention Center (the pretrial jail), and the US Attorney's Office. What is interesting is that the individuals attempted to enter the complex in an automobile.Were they thinking of taking anyone with them, who was a guest of the US Government ?

Were these three men on an operation to spring Ricardo Martinelli from Federal custody ? or were they an assassination squad, sent by nervous Panamanians, fearful that their former president might implicate them in some of his illegal activities, when he is extradited to Panama City, to face justice ?

We cannot say whether either of these scenarios will turn out to be true, but it is interesting to note that US law enforcement has declined to reveal the names of the three who were arrested. Either these men were part of a larger conspiracy, or the disclosure of their identities may give us an indication of what specifically they were doing, and for whom.
Posted by Kenneth Rijock at Friday, June 16, 2017