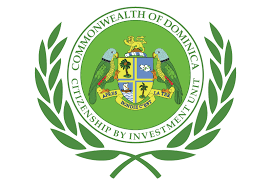 Now I have heard everything; one of the agent firms that collects obscenely excessive commissions has claimed, in a major news article, that the Citizenship by Investment program of the Commonwealth of Dominica is the most transparent of all the programs offered in the East Caribbean. That firm claims that the use of the funds earned by the Dominica CBI was fully disclosed, and that was the basis for the recommendation.

What the spin master conveniently neglected to discuss in the article is the sad fact that many of the career criminals who purchased diplomatic Dominican passports also bought regular CBI passports. Inasmuch as the bad boys (and girls) with those handy diplomatic passports were known felons and suspects, at the time they became Dominican "diplomats," all these due diligence investigations were abject failures. Stop selling passports to unqualified applicants, please.

Therefore, as an objective observer of the region's CBI programs, since 1979, I am afraid that the intentional due diligence shortcomings of Dominica's Citizenship by Investment program has disqualified it, at this time, for consideration as the best CBI in the East Caribbean.
Posted by Kenneth Rijock at Wednesday, June 07, 2017