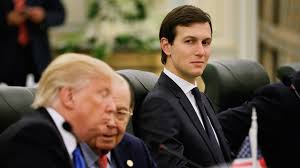 While voters in the United States anxiously await Congressional testimony, regarding whether Russia unlawfully interfered with the 2016 Presidential Election, and whether Trump campaign staff were conspiring with a foreign power, hostile to America, to fix the election, in exchange for the removal of sanctions against Russia for the Ukraine, compliance officers are more interested in another aspect of the scandal.

Did Jared Kushner, then President-elect Trump's senior advisor, in Decembe\r 2016, violate American sanctions in place against Vnesheconombank (VEB Bank), when he met with the bank's Chairman of the Board ? The bank has stated that they discussed business with Kushner's companies, but the White House has given a more political, non-business, version of the meeting.

OFAC Sectoral Sanctions were imposed upon the bank on July 16, 2014. Should the evidence prove that Kushner violated those sanctions, will a Civil Penalty be imposed, and a finding (name & shame) published by OFAC ? We await further investigation of this critical issue.