CANADA DEPORTS IRANIANS HOLDING DOMINICA AND OTHER CBI PASSPORTS, AND DETAINS OTHERS 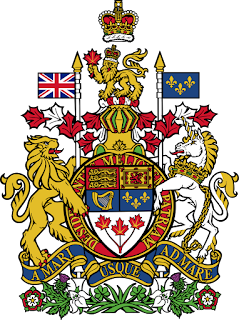 The Department of Immigration, Citizenship and Refugees Canada has deported to Dominica a number of Iranian nationals, all holding CBI passports from that country; it has also deported additional Iranians, present in Canada, and in possession of CBI passports from other East Caribbean countries, back to the countries that issued their passports.

Other Iranians remain in custody in Canada, also with CBI passports, due to the fact that they were to be deported directly to Iran, and then alleged that they will be subject to political persecution, and possible imprisonment, if returned to their native country. In truth and in fact, several Iranians, under arrest and detention in Canada, face imminent execution if repatriated, since they committed major fraud, and grand theft, in Iran, and are simply criminals, seeking to relocate, and evade justice. How did these individuals obtain CBI citizenship, in Dominica, and elsewhere, given that they were known to be career criminals ?

According to the CBC, the Royal Canadian Mounted Police (RCMP) is conducting a criminal investigation of several international companies that are agents for East Caribbean government entities CBI passports, which are then used to enter Canada. These are the same firms that are prominent in delivering clients to Dominica and St Kitts & Nevis, and who also were involved in vetting their applicants, who turned out to be fraudsters & thieves. Were their criminal backgrounds overlooked, due to the lucrative nature of the CBI business ?