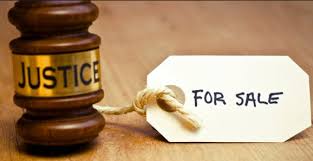 According to most authorities, there are 36 individuals implicated in the Panamanian prosecution of bribe recipients, in the Odebrecht corruption scandal; 22 of them are Panamanians. Unfortunately, the cases appear to be proceeding at a snail's pace, giving rise to suspicions of corruption within the members of the judiciary that are handling the matters.

This week, it was reported that four of the Magistrate Judges of the Supreme Court of Justice, the country's highest court, are all out of the country; three are on vacation, and one in Brazil. There are several Habeus Corpus petitions pending, some since January, in the Odebrecht cases, all in limbo. If you are familiar with the rules of procedure, you know that such petitions must be handled by an court that receives them, at the highest priority. This is obviously an attempt to delay the criminal proceedings.

Why would the members of the judiciary act in this manner ? Many of the government officials, both in this current Varela administration, as well as the Martinelli regime, and prior governments in Panama, are suspected of, or known to, have accepted bribes from Odebrecht, to receive lucrative government construction contracts. How many Panamanian judges are protecting those who paid them bribes is not known, but the country's abysmally slow court system is governed by who pays what bribe to whom. Some observers of the Panama legal scene have predicted that no senior present (or former) government officials will be convicted in the Odebrecht scandal, notwithstanding the overwhelming evidence of guilt.
Posted by Kenneth Rijock at Friday, June 02, 2017