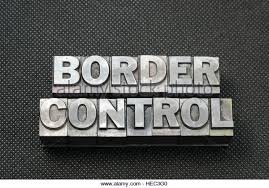 Buried in local news in Dominica was the story of the arrest of two Colombian nationals, who have been charged with money laundering. They were reportedly found to be in possession of a significant amount of cash, both in US, and East Caribbean, Dollars, as well as some equipment considered to be illegal under Dominican law.

Here's the problem: the male who was arrested has a criminal record in his native Colombia, which is a country whose nationals must first obtain a visa to enter Dominica. His presence in Dominica confirms that the government is not enforcing its own laws, regarding visits by unsavory elements. Incidents like this serve to raise fears that persistent rumors of money laundering in Dominica must have a basis in fact, and are a cause for concern, given all the other internal problems the country continues to face, many of which have previously been reported on this blog.

The illegal diplomatic passport sales scheme, the lack of due diligence with applicants for the Citizenship by Investment program, the purchase of votes by the party in power, and the movement towards what can only be regarded as a police state, all add up to increased risk, and have contributed to making Dominica a jurisdiction to be avoided, by US banks, as well as foreign investors. Is Dominica the new Venezuela ?
Posted by Kenneth Rijock at Thursday, June 01, 2017