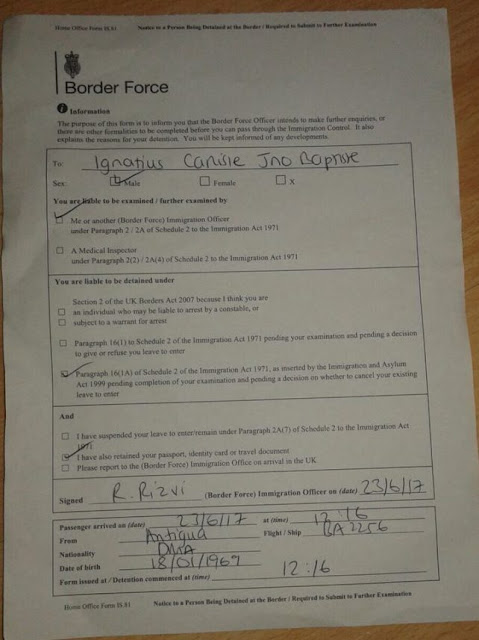 According to a report filed today, a traveler, with a passport from Dominica, arriving in London last Friday, in transit to the EU, was detained by UK Border Force, questioned at length, and had his bags and computer searched. He was reportedly told that he was traveling from "a high risk country."

This incident confirms that many Western nations are regarding individuals holding passport from Dominica, where foreign nationals may freely obtain Citizenship by Investment (CBI) passports, or even diplomatic passports, are being closely examined. Note that the traveler was only in transit, and not intending to enter the UK, but was still subject to detention, search & questioning at length, indicating the validity of his passport was one of the issues confronting the UK Border Force officers who detained him.

We have been predicting, for some time, that ordinary Dominican citizens would soon find themselves the subject of unwanted attention, at immigration checkpoints abroad, due to the publicity surrounding the possession of Dominicans passports, by career criminals, international sanctions evaders, and organized crime members. It appears that our concerns were justified.
Posted by Kenneth Rijock at Monday, June 26, 2017